The history of Zandvoort

House rules for an Amsterdam Coffeeshop

The history of Zandvoort 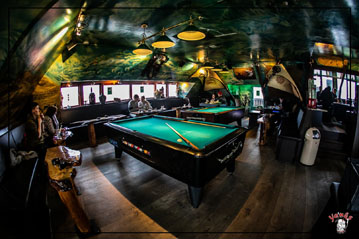 People form Amsterdam and Netherlands in general know very well how beautiful their country is! They know how precious their cities and villages are, no matter how popular they are with tourists! Bit it seems like tourists tend to mostly visit Amsterdam and there are so many understandable reasons for that! Starting from its amazing culture, its history and tradition, its attractive structure and lifestyle! However, if you are visiting Amsterdam for the first time, you might want to know that there are so many more gorgeous places to see and visit which are located in the surrounding areas. Such is one of the most beautiful and popular places in the Netherlands, Zandvoort Beach. You will find it very close to the city of Amsterdam, in the Southwest of the province of North-Holland, exactly 20 minutes away if you take the train and within a 4 minute walk distance you will reach the best coffeeshop in the area, Yanks Indian Club! The history of Zandvoort dates back from the year of 1100, when it initially existed as a fisherman’s village known under the name Sandervoerne. The wasteland didn’t have much to offer to the residents, so the villagers mostly settled in the dune area which used to be mostly swamps. The sea waters were rich in all kinds of fish (cod, haddock, plaice, dab, herring). The fishing grounds and the coats were very close which made it very easy for people to go fishing with primitive boats, like the open fishing boats called the slabbert or slapbuis in Dutch, a type of Dutch boat with Frisian origins, even older than Viking vessels. In the year 1828 the village got its first bathhouse and in 1881 it was connected to Haarlem by railway which made it even more attractive for tourists! Fishing and potato cultivation helped the village to economically blossom in the 19th century! However, things started going drastically for the better when a group of rich landowners in 1824 decided to take things in their own hands and help the village develop, give the villages more possibilities than just fishing and potato cultivation and make it even more accessible for outside visitors. Around 1825, the construction of bathhouses began and this made the village more visible and accessible for the rest of the Netherlands. Many rich people invested into construction of roads and building of hotels and bathhouses. The opening of the railway in 1881 marked the great begging of the bathhouses’ life. As more of them got open, the more tourists would come to Zandvoort to enjoy! By 1900, many wealthy families already had a second home in Zandvoort. Today, Zandvoort is a home to a great number of restaurants, cafes, beach sports and tourist attractions and during summertime, the beaches of Zandvoort are popular for their crazy nightlife, amazing bars, pubs and coffeeshops.

Difference Between Sativa and Indica